In the 1960s and 1970s, the automobile industry was all about character and showing off your own personality. From your Mustang to your Charger, when friends and family saw your car going down the road, they knew it was yours. That is something that has changed drastically over the years. Replacing Shelby and Cobra are names like the Lexus IS300 or the BMW M5. While these cars show your status symbol within the community, they don't show your individuality like the cars of the past did. What is the difference between the car names of today and the car names of yesterday and how can you give your car its own personality despite its name?

Popular car names of the previous decades were all you needed to know about that particular ride. In the movie Gone in 60 Seconds, the name Eleanor was given to the 1971 Ford Mustang in the original movie and the 1967 Ford Mustang from the 2000 remake. When you told someone that you owned a Mustang, Camaro or Corvette, it told them something about you. Owning one of those automobile classics told the world that you had a wild side and had fun. In the popular television show that ran from 1979-85, The Dukes of Hazzard, the iconic symbol was the orange Charger with the confederate flag painted on the roof. That show made it so every male wanted to own a Charger and while some made it look like the General Lee, others were happy it simply being a Charger.

Today, luxury cars aren't only known as a single name that sends a message. With a large amount of models readily available, they won't know if you have a sedan, SUV or something more exotic. For this reason, BMW and other companies began using numbers to name cars. You won't usually hear people say they own a certain car by saying just the number code, rather they will say the entire name like the Lexus GX 460. Car names in the entertainment business haven't always been known by a single name. In Ferris Buehler's Day Off, the car that Ferris took out for a spin was a 1961 Ferrari 250 GT California Spider. The car is a movie icon like the Mustang from Gone in 60 Seconds, but it is the exception to the rule when talking about classic car names. When you tell someone that you drive a Mercedes-Benz SLK250 Roadster, the thought of money comes immediately to mind instead of pride. When someone asks you to what your car is, you will essentially be giving free advertising to the company with these newer models. That is something that wasn't done years ago. You never heard someone say they owned a Ford Mustang, you usually only heard the word Mustang. Even then, when you heard someone say they owned a Mustang, they said it with excitement. Today, the excitement level isn’t always there when talking about cars.

Even if you decide to purchase a car that advertises their company name, you can still give it a personality. You can still make it shine as something other than just a Lexus, Mercedes-Benz or Ferrari. You can make it something that you won't only take pride in proclaiming as yours, but something you can help bring back to the days when cars were the pride and joy of most men. Instead of being a walking billboard for the company, you can put logos, decals and other images on your car, making it your own. There are many things you can do to personalize your car and make it so everyone knows what car you are driving. You can order customized window decals, car specific kits, vinyl pin striping and more. There are also stock adjustments you can make for your car that will make it stand out above the typical car. These personalization options come with instructions for easy application and make your car stand out above the rest. For a business owner, this is an ideal way to promote your brand while simply driving to and from each job site. Just because not everyone takes pride in their cars anymore doesn't mean you don't have to either. You may not own a classic Mustang, Camaro or Charger which come with their own personality, but by using customized decals for your luxury car, you can quickly build your own.
Tags: Category_Racecar GraphicsCategory_Vehicle GraphicsCategory_Vinyl Pinstriping
BACK TO TOP

Custom Vinyl Graphics is fantastic! This is not my first dealing with them so I can tell you the positive service is consistent. They helped me with my initial designs and the alterations when I needed another order. They kept me in the loop during the whole process. They reminded me to double check my sizing attuned to the adage “Measure twice, cut once.” Everything was checked with me for approve before going to the printer. What you approve is exactly what you receive. There is no guessing about what is in the package when you receive it. Their representatives are knowledgeable, polite and after dealing with me, have the patience of Mom Teresa. Pricing is comparable to other places I’ve dealt with, however, the quality of service and end result put Custom Vinyl Graphics to the top of my list. So much so, that I asked that they add their logo to my design so I can advertise for them. 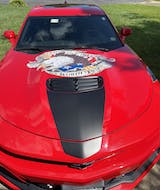 The quality is good and easy to install but I got the wrong order. I ordered the gray flame and got the red flame instead. Other then that it’s good.

Thank you for your honest review. I wish you would have contacted us before you applied the decals... we could've sent you the grey ones. I apologize for the error.

Great customer service! I received much assistance with my design. Only downside was shipping. A shipping tube verses the USPS carton would be a great improvement. Removing creases from the product because of shipping was troublesome. I am still quite happy with finished results. 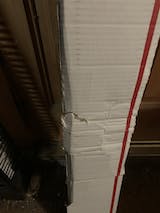 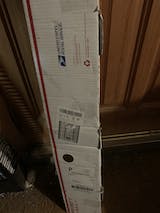 Thank you for your review. The decal looks amazing!

To be fair, we sent you a total of 15 replies to your inquiries. Our communication with you was constant and timely. You just hoped that we had the ability to speak via phone. To be honest, I wish we were big enough of a company to offer that as well but we are a small family business. You are entitled to your opinion but we are proud of the product we produced for you.